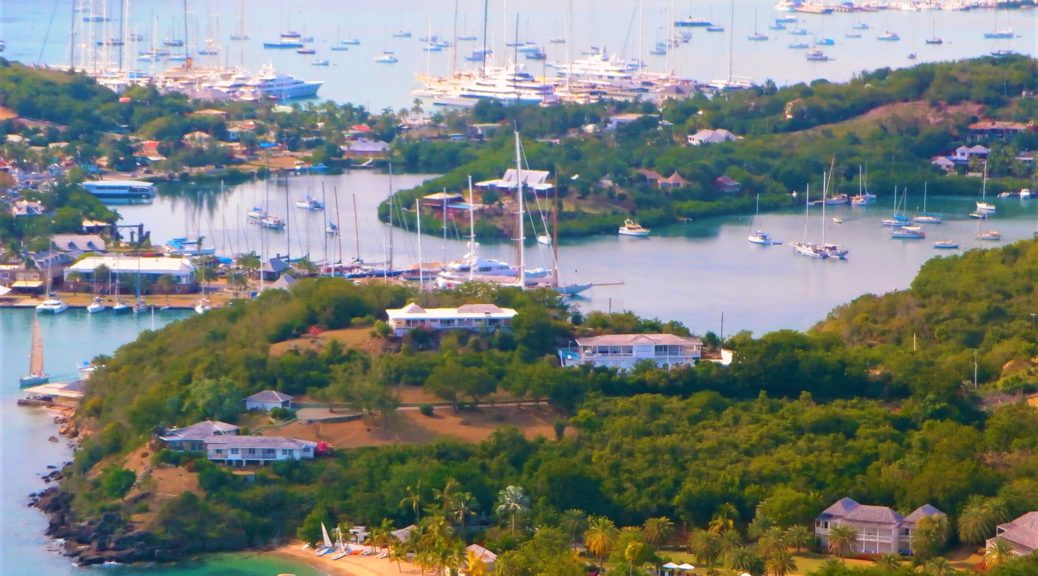 This is the most popular picture which appears in our mind when we are dreaming for this amazing paradise on Earth. But if you actually go there you can see and feel quite different emotions if you have the ability to see through this entire commercial image of these islands.

Of course, you can go to main towns or resorts and you will be swallowed of its glitter or to be absolutely paralyzed from the breathtaking views you can see, but if you want to see the island through the eyes of its inhabitants or to feel and know more about their life you can see deep into the souls of the Caribbean’s people. The is much more….

The heir of slaves

All the people in Caribbeans are the heir of slaves that came from Africa and on every island, you can still see all the sculptures that marked the end of the slavery and the breaking of chains that made all the people ghosts of the sugar canes. If we just have a look at their history we will be surprised what was actually the life there. The island is famous like British and French West Indies which dated from 1612-1664.  The first English settlement on any these islands was a result of an accident. Castaways from an English vessel, wrecked on its way to Virginia in 1609, found safety on Bermuda and three decades later, religious friction in the community caused a group of people to seek for another place to live. So in 1648, they settled in the Bahamas, a chain of uninhabited islands forming the fringe of the Northern Caribbean. This is also the place where actually Colombus made his first landfall in 1492. For half a century the Spanish have shipped the natives (some 40,000 Arawak Indians) to work in the mines of Haiti. Meanwhile, the Eastern fringe of the Caribbean is also unattended by the Spanish, apart from occasional raids in search of slaves. The British are the first to acquire valuable footholds in this region. They establish settlements in St Kitts (1623), Barbados (1627) and Antigua, Nevis and Montserrat (1636). The French occupied part of St Kitts (1627), Dominica (1632) and Martinique and Guadeloupe (1635). Later in the 17th century, Spain lost two large sections of the Central Caribbean from her European enemies. The English got Jamaica in 1655 and in 1664 French occupied the Western half of Haiti – region which was under the name Hispaniola.

The first Spanish colonists in the Caribbean, in the 16th century, have hoped primarily to become rich by finding gold. The natives of the islands were put to work as slaves in the mines, but when thereafter they realized that the supply of gold is exhausted the Spanish West Indies survive as part of the broader economy of Spanish America. The islands were gathering point and staging post for the fleets bringing goods from Spain and taking back the wealth of Mexico and Peru.

By contrast, the English and French settling on the islands of the Eastern Caribbean need to rely on agriculture. At first, they were relying on tobacco in small holdings, but soon they assumed that the most profitable product is sugar, grown on large estates and cultivated by slave labour in gangs. By this time the original inhabitants of the West Indies have been virtually wiped out by a combination of European diseases and physical exploitation. The plantation owners rely instead on slaves from Africa.

The first slaves were first imported mainly by the Dutch who deliver slaves from the Portuguese slaving stations in West Africa, but later the trade was dominated by English and Jamaica became the major slave market of the region.

The importance of the Caribs for the European conquistadors

The economic importance of the islands for Spain, France, and Britain was the main reason the Caribbean to turn in one of Europe’s regular scene of wars. The smaller islands frequently changed hands between France and Britain during the 18th century.

From an economic point of view, the demand for slaves to cultivate sugarcane and other crops caused what came to be known as the triangle trade. Ships leaving Europe first stopped in Africa where they traded weapons, ammunition, metal, liquor, and cloth for captives taken in wars or raids. After that,  they travelled to America, where slaves were exchanged for sugar, rum, salt, and other island products. The ships returned home loaded with products popular with the European people, and ready to begin their journey again. So it is the brutal truth, but this is the way how Europe actually treated these places. An estimated 8 to 15 million Africans reached the Americas from the 16th through the 19th century and only the youngest and healthiest people were taken for what was called the middle passage of the triangle trade, partly because they would be worth more in America, and partly because they were the most likely to reach their destination alive. Conditions aboard the ship were dreadful. Slaves were jammed into the hull; chained to one another in order to stop revolts, but usually, one in five passengers did not survive the journey. When one of the enslaved people was stricken with dysentery or smallpox, they were cast overboard. Those who survived the middle passage faced more abuses on the plantations. Families were split up and the Africans were not allowed to learn to read or write. African men, women, and children were forced to work with little to eat or drink.

Nowadays some of the islands are still part of Dutch and French territory like St. Marteen/ St. Martin that is divided between both countries or the British Virgin Islands and even you can feel the American influence in the US Virgin Islands and others. Still, the most important production of the Caribbean Islands is the Caribbean rum and first-class cigars with fine Caribbean tobacco. Of course, tourism is one of the Caribbeans’ major economic sectors, with more than 25 million visitors per year which contributing around $49 billion. That’s why the region is described as “the most tourism-dependent region in the world”. There are fancy, luxury and expensive resorts or hotels with expensive activities the tourists can do, but it still doesn’t mean that the people of the Caribbeans actually are rich. You can see easily even today that life in the Caribbean Islands is a life of controversies. On one hand, you can see this amazing resorts that everybody in the world dream for, but on the other hand, you can easily see the actual misery in which the inhabitants of these islands live.  For example, if you travel by car from the fancy part of Antigua – English Harbour on the south-eastern coast which is famed for its protected shelter during violent storms to St. John on another side of the Island you can see an incredible difference. Today English Harbour and the neighbouring village of Falmouth are internationally famous as a yachting and sailing destination and provisioning centre, but in St. John is the harbour for all luxury cruise ships that docked in Antigua, but the village around is really poured and you can see amazing paradox around. The poverty is taking a bigger part of people’s lives on this tropical island. In my trip, we took really luxury taxi car, but the driver was with torn jeans, but not because it is the highest peak of fashion hint of the modern Western civilization, but because it is evidence of pretty tough life in these islands.

Connect with my social media channels