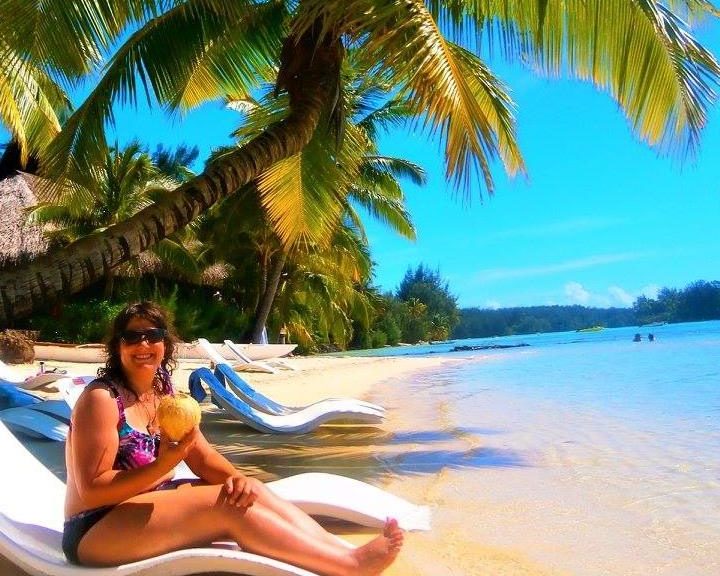 Nothing poisonous – a Great fact for French Polynesia is that there is nothing poisonous – no poison snakes, insects and animals or plants, so it makes Tahiti, Moorea and Bora Bora really safe places for your tropical vacation. If you compare with Bali, Hawaii or Seychelles, French Polynesia is a really safe paradise, so you can just enjoy your time.

Third gender – Tahiti has third sex which they call Mahu – traditionally, the Polynesian families are raising their elder son as a woman in order to combine the best qualities from both genders, so they believe that Mahu is having divine qualities. In 1960s France started to test nuclear weapons in Tahiti and then many men became transsexual prostitutes to entertain the soldiers, so from this moment, the island became multi-sexual, because there are a man, a woman, Mahu and the new sex for transsexual – Raerae.

The national flower is a TIARE – when the women wear it on the left ear it shows that she is in a relationship and if the flower is behind the right ear means that she is looking for a partner.

Not mail, but bread – Mail is not delivered to the homes of the residents and they have to go to take it from the post office, but fresh-baked baguettes are delivering in rural mailboxes outside of the houses. The delivery of bread is twice a day.

The overwater bungalow was invented in Moorea – In 1967 a failed vanilla plantation was turned into a resort “Bali Hai Boys “with the first overwater bungalows. This design and idea have been copied everywhere in the world after.

If you want to see more about specifics in Polynesian language, please check this link: http://www.omniglot.com/writing/tahitian.htm

Some of the translations are also interesting: Bora Bora means “first-born”, Moorea means “yellow lizard”, Rangiroa island means “endless sky”,  Raiatea means “faraway heaven” and Taha’a means “nakedness” or “vagina” and the capital of Tahiti – Papeete means “water basket” and there is no word “please”, because the people are sharing everything without asking. The word “Tatoo” is actually coming from the Tahitian word “Tatu”.

The local traditional food is called Poisson cru (ia ota)  and it is served in a coconut and it consists of raw tuna marinated with fresh lime juice, coconut milk, and mixed vegetables.

The Islands of Tahiti is the only place in the world with winery – Vin du Tahiti – on top of a coral atoll located on Rangiroa island in the middle of the Pacific Ocean. The wine is crisp and delicious and the winery produces only white wines and roses. The only rose kind is Rosé Nacarat and goes well with spicy dishes and grilled meats. The white wine “Blanc de Corail” is the best with seafood and has tropical notes like mango, pineapple, and banana. The white wine “Blanc-Sec” is a dry wine, which goes perfectly with fish and has honey aroma with a woody background. Their dessert wine – Blanc Moelleux – is good with all French desserts, of course, creme brulee and it is with sweet notes of honey, tangerine and bitter orange.

Tahitian pearls are known for their incredibly exotic colours and mirror shines with dark body colours. Although they are known as ” Black Pearls ” Tahitian pearls actually are not “black”. They consist of the widest spectrum of exotic colours of any pearl such as peacock green, silver green, blue, eggplant, brown or silver. These pearls are produced by the Pinctada Margaritifera oyster, which is found only in Tahiti and some other islands in French Polynesia. The shapes of the pearls are divided into 4 categories – round, near round, baroque and circle.

Connect with my social media channels